GBGB is pleased to announce the appointment of World Darts Champion Gerwyn Price as a Greyhound Ambassador. Launched as part of the GBGB’s Greyhound Commitment in 2018, the Ambassador scheme aims to bring together individuals from across the sport who are driven by their enthusiasm for greyhound racing and their love of greyhounds. 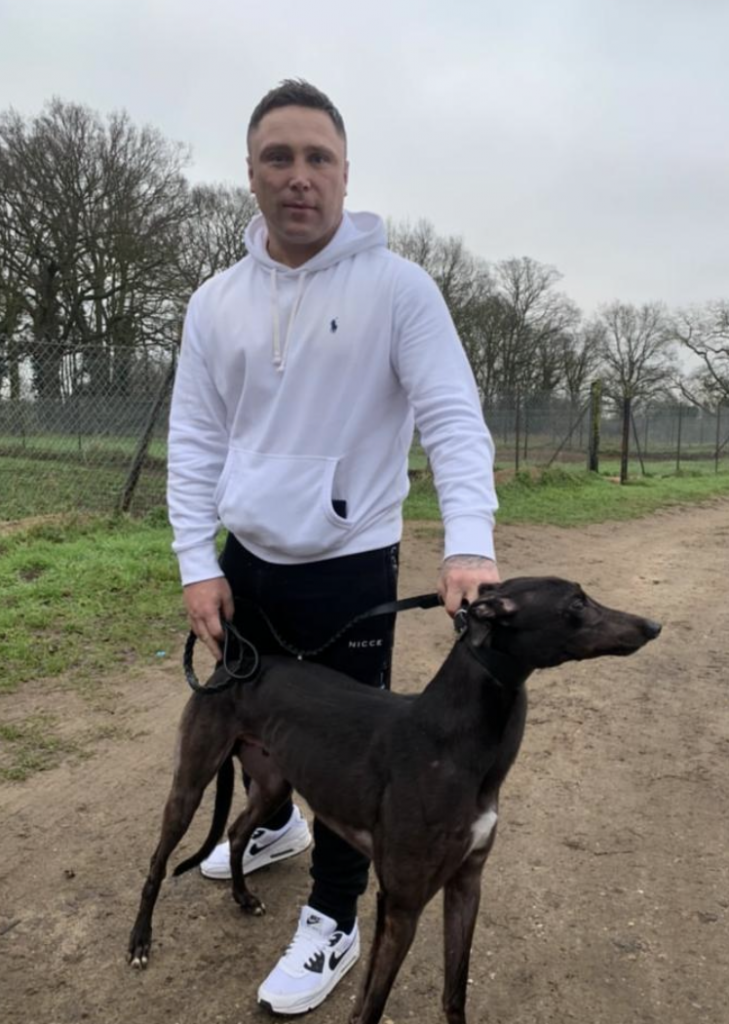 A former professional rugby union and league player, Gerwyn turned his attention to darts in 2014 and swiftly rose up the ranks earning his nickname ‘The Iceman’. His crowning achievement to date is winning this year’s PDC World Darts Championship, where he became the first-ever Welshman to take home the prestigious title.

Beyond his professional career as a darts player, Gerwyn is a lifelong greyhound racing enthusiast. He owns several greyhounds which he often names after highlights in his darts career, including Grandslam Champ, named after his first triumph in a TV major, which races at Hove Greyhound Stadium.

As an Ambassador, Gerwyn will help shine a light on the sport’s strong welfare standards and the care and attention racing greyhounds receive both on and off the track.

“As a lover of greyhounds and the sport and owning a few dogs myself it is a real honour to be asked to be a Greyhound Ambassador by GBGB. I hope I can encourage others out there to find out more about the sport and the thrill of greyhound ownership.”

“We are absolutely delighted that Gerwyn is joining us as a Greyhound Ambassador. Gerwyn has already shown himself to be a fantastic advocate for our sport and has spoken frequently in the press about how, as well as darts, greyhound racing is the other great passion in his life.

“He has been on a remarkable journey throughout his career and has excelled in not one but two professional sports. He has a considerable platform and we hope that, through this role, he can help promote our canine stars.”