Having been involved in the sport for over thirty years, it’s safe to say owner/trainer Jim Daly knows a thing or two about greyhound racing and homing. Beginning as a trainee journalist at the Racing Post, Jim went on to work for several champion trainers before opening up his own kennels in 2000. Now based in Wisbech, Jim tells us how far greyhound welfare and homing has come in recent years, and what keeps him in this fantastic sport. 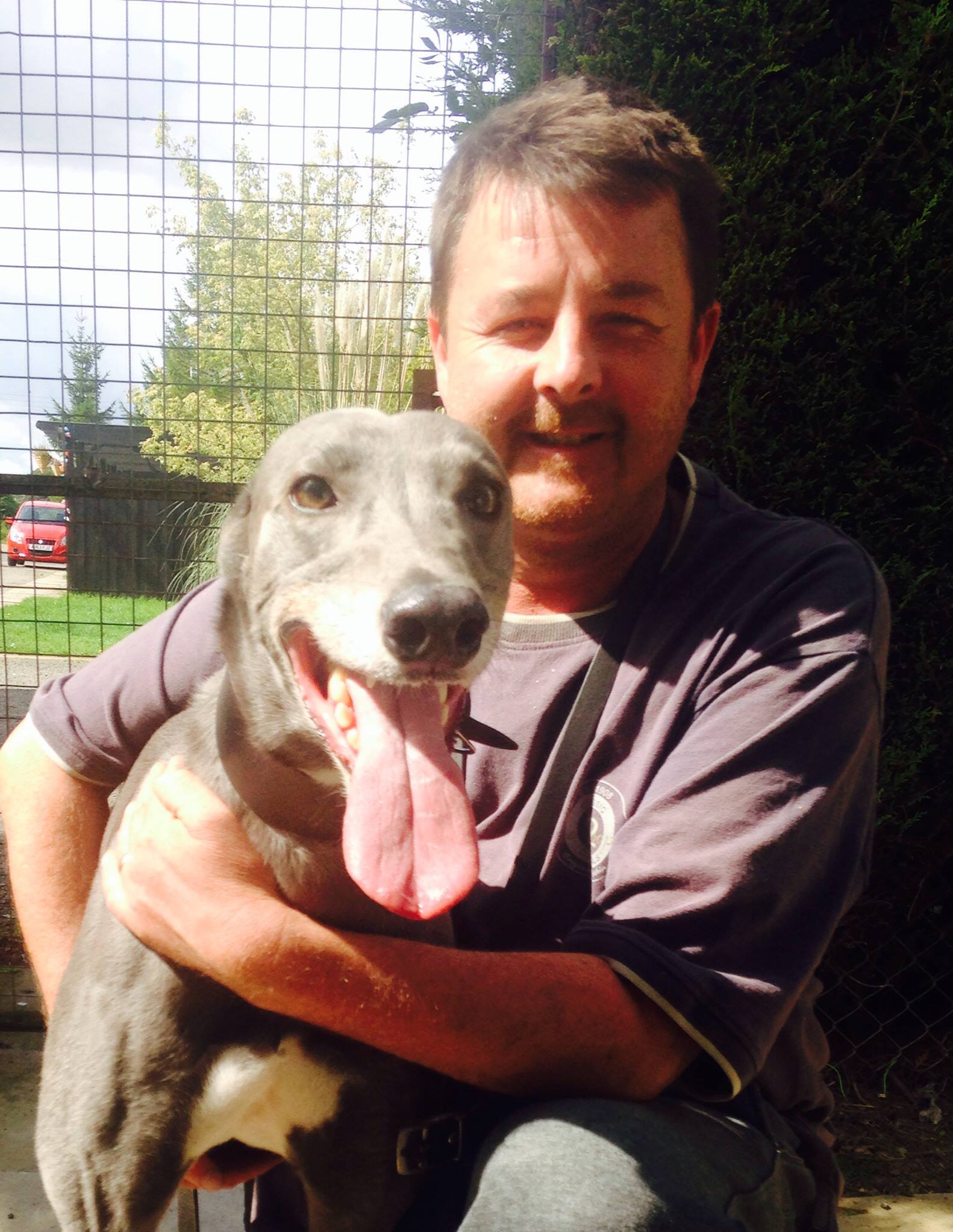 “My very first job in greyhound racing was as a trainee journalist on the greyhound desk at the Racing Post – but my real passion was working with the dogs. So, in 1986 I joined the inimitable Tony Tugwell at his racing kennels in Billingshurst, West Sussex. Although the concept of greyhound rehoming had been around for years – since before the war – Tony was ahead of his time in terms of the importance he placed on it as a trainer. If a dog retired and we couldn’t find a home for it (there weren’t so many homing schemes about in those days), Tony would always keep it himself. At one point we actually had more retired greyhounds in the kennels than racing dogs!

I will always be grateful to Tony as he was hugely instrumental in developing my knowledge of greyhound welfare and the rehoming side of the sport. He showed me the way forward and his way of doing things clearly had a big impact on me. A few years ago, my wife, Kelly, and I took in one of our former racers Movealong Dash (pictured below). He’d been staying in a homing centre local to us for around six months but hadn’t found his forever home yet, so we decided to give him one with us. We usually have four of our ex-racers in the house at any one time. Of course, we’d love to keep more but we have to limit ourselves at some point. 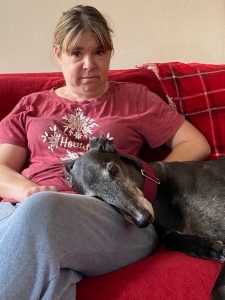 After working with Tony, I went on to work with top-class trainer Charlie Lister OBE who taught me a great deal about the training of champion dogs. Then in 2000 when Kelly and I got married, we set up our first racing kennels in Wymondham, Norfolk. After fifteen years there, we moved to Wisbech near Peterborough, setting up Kelva Kennels where we now work with my step-daughter Jemma, her husband Matthew and our brilliant kennelhands. Here’s Jemma curled up with one of our greyhounds. 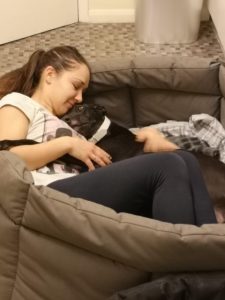 It’s mainly Jemma and Matthew who handle the rehoming side of things for us. They work closely with Mandy Osborne at Crayford Stadium, who does a great job in sorting out spaces at homing kennels for our retired greyhounds. Whilst our dogs go to homing kennels across the country, Clarks Farm Greyhound Rescue in Essex home most of our dogs – they always do such a brilliant job for us.

In my opinion, homing is one of the most important aspects of the industry so, as a racing kennels, we make sure we do everything we can to support it. Even if they don’t have a dog to take in, Jemma and Matthew make regular visits to the homing kennels we work with to check in on any of our greyhounds and see if there’s anything they can help with. It’s so important to build good relationships with the homing kennels because they really put in so much time and effort and are fantastic at what they do.

I think the ability to home every greyhound we have is what has kept me in the sport for such a long time. I definitely couldn’t have continued my career if we weren’t able to make sure every one of our dogs finds a loving home at the end of its time on the track. For my wife and Jemma especially, they get more pleasure seeing the greyhounds go on to enjoy happy and healthy lives in retirement than they do from seeing them race.

Over the last thirty years the sport has come a long way in terms of greyhound welfare, especially more recently thanks to the GBGB’s Injury Recovery Scheme (IRS) and also the new Greyhound Retirement Scheme (GRS). It’s early days but the signs are there that the GRS is going to be a massive boost to the homing kennels – they often rely on charity donations to keep going so the GRS is helping to fund them far better.

So far, we’ve homed eleven greyhounds through the GRS, most recently Marlfield Donna via Clarks Farm Greyhound Rescue. Here she is with her new owner Lesley – we’ve already received several updates on the fantastic progress she’s making in her forever home which is always great to hear. 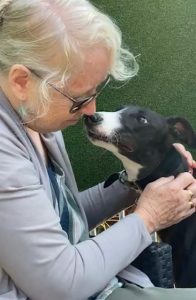 I think our sport should be proud of the efforts of the GBGB in introducing schemes like this. You only need to look at the welfare measures they’ve put in place over the past few years to see how far the sport’s come. They’re the footprint we’re leaving for the next generation of owners and trainers to follow and are only serving to make our sport a better place.”