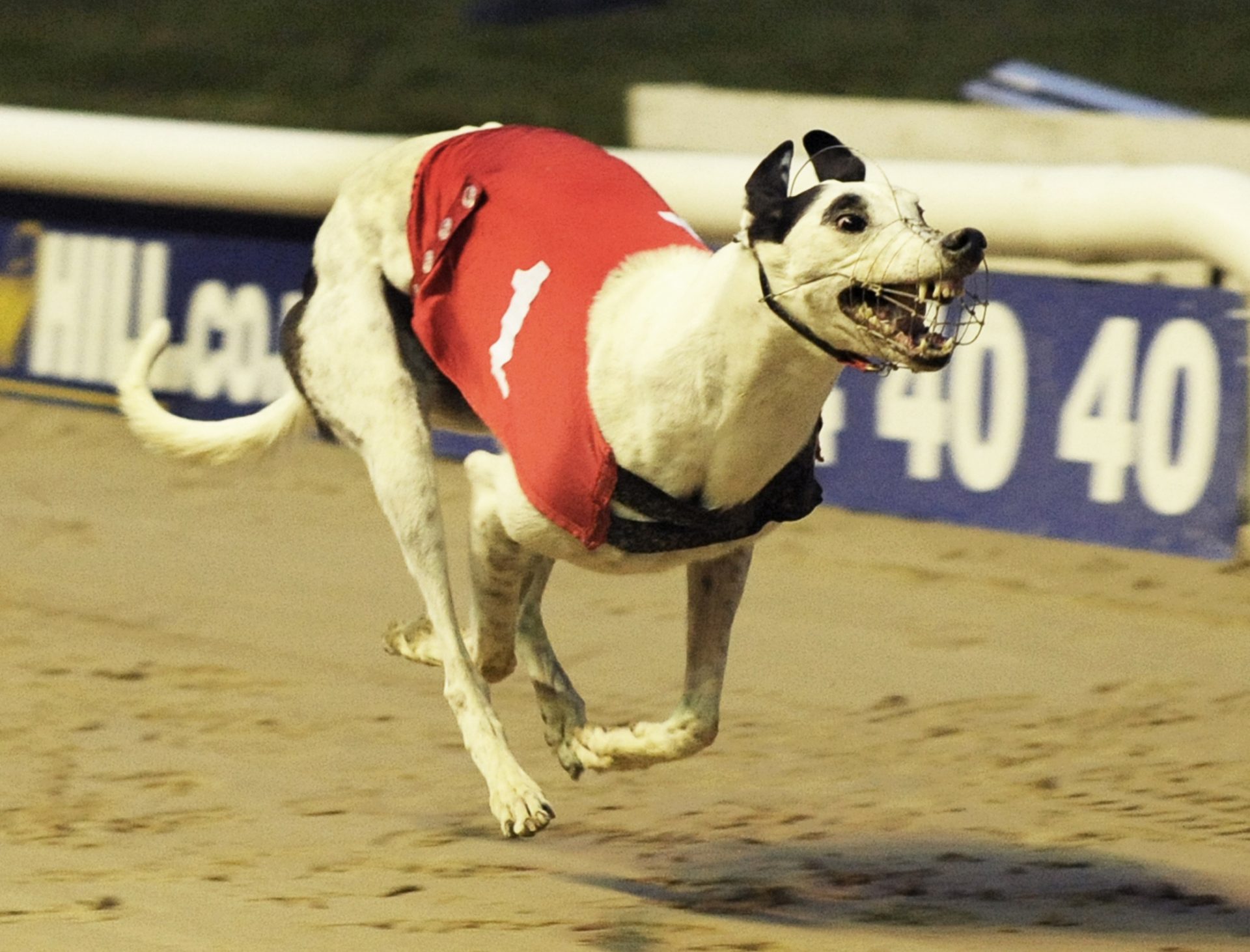 FLYING WINNER will be remembered as one of the great marathon performers – later enhancing her reputation as an outstanding brood.

Trained by West Yorkshire-based Chris Lund for owners Grant Devenish and Glen Gill, having been purchased for his friends by Harry Findlay, Flying Winner matched Findlay’s exuberance off the track with a series of showstopping performers on the track.

Larger-than-life character Findlay was well known in greyhound circles as a fearsome punter and enjoyed a high-profile association with another great staying bitch of yesteryear in the form of Chicita Banana with John ‘Ginger’ McGee.

He was also well-known in horse racing circles as owner of Cheltenham Gold Cup winner Denman – whose 2008 success over Kauto Star at the Festival catapulted Findlay into the wider public consciousness as a real man of the people.

However, greyhounds were always his first love – and arguably the best he owned matched her equine counterpart’s success in 2008 with her own career-defining victory the same year when winning the 2008 TV Trophy Final at Doncaster.

And just as Chicita Banana – or ‘Cheekie’ as she was known – had a fan club wherever she raced – with Findlay as the pied piper – so too did Flying Winner and in the hands of Lund and the loyal following of part-owner Devenish, Flying Winner justified the hype.

Connections travelled the length and breadth of the country, winning marathons and producing exhibition, runaway performances, track records – and a great atmosphere wherever she went – ultimately being named GBGB Bitch and Marathon Performer of the Year in 2008.

An October 2005 daughter of Flying Penske and Wise Winner, Flying Winner was bred by Pat Dalton and raced in her early days for the legendary Golden, Co. Tipperary, handler – racing over four bends at Harolds’s Cross initially, but quickly stepped up to six bends at Shelbourne Park.

Victorious on her staying debut at the Dublin HQ in the heats of the IGB National 750, the precocious youngster was eliminated in the semis but was noted making strong headway – and Dalton next took her to Clonmel for another 750yd stakes.

Impressing again with two wins there, including a track record in the final of the Suirside Stayers, Flying Winner was on a roll. Another win at Cork followed, before heat and final success at Clonmel in front of a host of British fans in the town for the National Meeting.

Dalton, a Hall of Famer in both the USA and Ireland, has been vindicated. He had always held her in the highest regard, having mixed the best American and Irish bloodlines to produce the best stamina-laden strain available in the sport. It had worked.

As the late Michael Fortune said: “Flying Winner was a phenomenon for Dalton and later for the one and only Harry Findlay and friends.” And the deal was done with Devenish, Gold and Findlay – with Flying Winner travelling to the UK and to Lund’s kennels.

She made a winning UK debut at Nottingham over 680m on March 10, 2008 and followed up with a series of six-bend wins at Sheffield, Hove, Belle Vue and Doncaster (nee Stainforth) – her last-to-first style of running catching the public imagination.

As Richard Birch, in his Greyhound Greats column in the Racing Post, wrote: “If I had a pound for every time I’ve heard a trackside punter reckon he’s seen the new Scurlogue Champ I’d be semi-retired with a Barbados address.

“Flying Winner was no Scurlogue, but she was very special nonetheless,” said Birch about this champion bitch, who underlined her class with victory in the Coral Regency over 695m at Hove in the front of the Sky Sports cameras.

Flying Winner was then given the target of the TV Trophy at Doncaster. Her popularity was growing and a winning sequence established, but marathons called and trainer Lund chose Walthamstow for her first eight-bend test.

A runaway win vindicated the confidence in her marathon prospects as she wowed the crowd at the famous east London circuit with a 13 lengths demolition. Her stall had been set out and an appreciative and knowledgeable Stow crowd welcomed a new star.

Heading into the 2008 TV Trophy at home track Doncaster, the Henry Chalkley-trained Midway Skipper emerged as her most serious challenger, but a heat success over the British-bred justified ante-post favouritism ahead of the live-on-Sky final.

Despite hardly the clearest of runs, Flying Winner came through strongly to lead home Midway Skipper and set a new 868m track record in the process – following up even more impressively in the final as the Yorkshire-based bitch powered home by ten lengths.

And the time? A brilliant 55.82sec, another track record.

More victories followed, including in a supporting race to the Dundalk International, and a further track record was set at Nottingham before injury curtailed her St Leger campaign. After defeat in the heats at Wimbledon, she was withdrawn from the second round.

Sent across the Irish Sea to contest the Ted Hegarty Marathon, Flying Winner duly excelled over the 1,010yd trip to win the final by 17 lengths and, again, another track record smashed. Imperious.

Moving into 2009, Lund chose suitable races for his pride and joy and once again her class shone through, particularly when equalling the eight-bend track record at Monmore.

Her last race came at Wimbledon and, perhaps suitably, it was the younger Midway Skipper proved too good for the ageing former queen – but given Midway Skipper won the next two TV Trophys that was clearly no disgrace!

Such was her dominance on the track – she won 21 of her 32 British races – Flying Winner returned to her breeder Dalton with hopes high that her her success on the track would be matched in the breeding paddocks – and so it proved, and some. 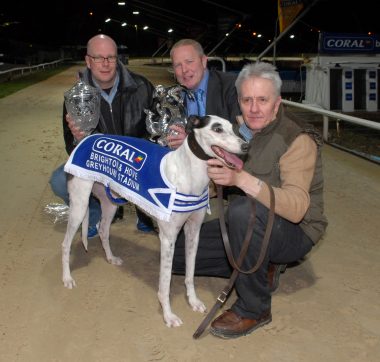 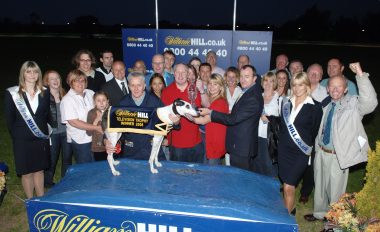