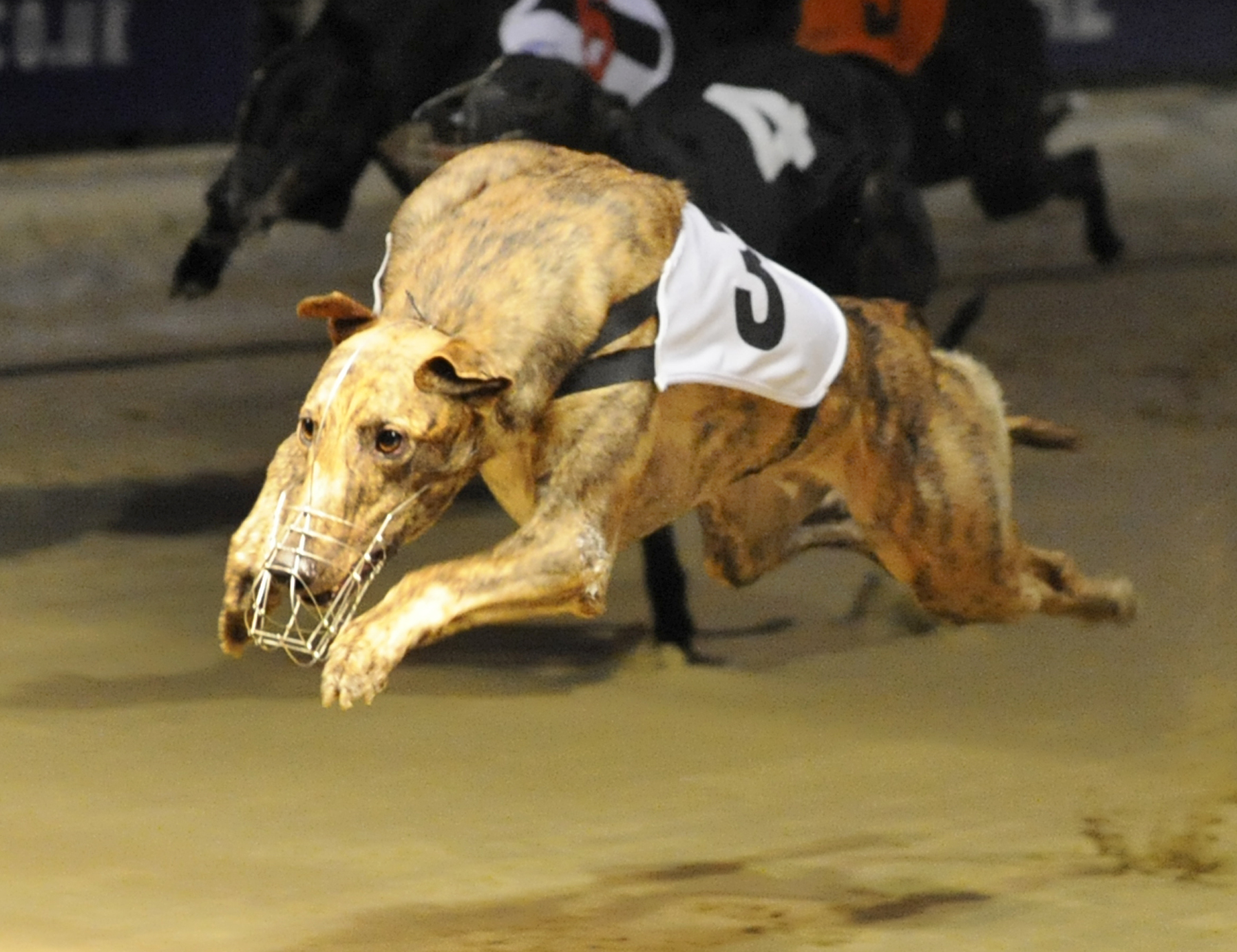 JIMMY LOLLIE was one of the greatest sprinters of all time.

Twice named GBGB Sprinter of the Year in 2009 and 2010, he also landed the ultimate accolade of Greyhound of the Year in 2010 – his prolific-winning record and exciting style of running, especially from the traps, making him a real crowd favourite.

He was also a favourite of his trainer Seamus Cahill, helping the Hove-based handler to achieve his ambition of becoming champion trainer the same year. It required teamwork from other stars at his Keston base, but Jimmy Lollie was the kennel flag-bearer.

A hugely versatile sort, Jimmy Lollie was successful at no less than 14 tracks, winning from every trap, for his joyous owners Steve Gamblin and Peter Reed, for whom he matched the modern-day record of 37 open-races in a calendar year – held by Linda Mullins’s El Boss.

That was 2010, the year he also successfully defended his National Sprint title at Nottingham to establish himself beyond doubt the leading sprinter of his generation and the best since the equally outstanding Ravage Again’s 29 successive wins in the early 1990s.

Such was Jimmy Lollie’s popularity – especially his incredible lid-pinging ability – that a bid to record a 38th open-race victory in 2010 at Hove was covered live on Sky Sports News and, while he could manage only second, the defeat failed to dampen the spirits of connections.

They had enjoyed a stellar year – a run of second of success which would lead to him once again being named GBGB Sprinter of the Year as well as Best British-bred Greyhound at the annual GBGB Awards. The prestigious Greyhound of the Year accolade then followed.

In all, Jimmy Lollie (World Class-Droopys Kara, Aug 2007) raced 134 times, winning no less than 76 times, representing his Kent-based handler in Trainers’ Championship Meetings and on most of the sport’s major nights in sprint one-offs and competitions.

They were a formidable team – which came together at just the right moment, as the former Catford and Wimbedon-based trainer made a successful bid to become champion trainer with an awesome team of canine talent – spearheaded by Jimmy Lollie.

In addition to their star sprinter, Seamus and Teresa Cahill could call upon the likes of Rayvin Giovanni, Droopys Oscar, Raving Black, Royal Honcho and Sparklee Bernie – all major winners in 2010 for the man from Mullinahone, Co. Tipperary.

Carden Bert and Tearaway John also made a contribution for Team Cahill, but it was Jimmy Lollie who was comfortably the most prolific – helping Cahill achieve a table-topping 939 points in the GBGB Trainer of the Year race.

All tracks came alike to Jimmy Lollie, but from his early beginnings as a four-bend racer – he made his debut over 400m at Romford on September 13, 2009 – it was the switch to sprints which was the making of him. Victories soon stacked up.

It was his lightning exits – racegoers talked of him “coming out under the bars” – such was his trapping prowess. That, and a fantastic strike-rate in an area of racing – two-bend sprints – where there was no margin for error, ensured Jimmy Lollie became a racing legend.

His Nottingham National Sprint titles also made up for disappointment and bad luck in the traditional sprinters’ Classic, the Scurry Gold Cup, when poor weather caused travel chaos on route to Belle Vue, Manchester, and denied him a crack at that famous title in 2010 after wins in heat and semi-final.

However, back at Colwick Park a month later, victory was a particularly sweet one given Rotar Wing, a formidable foe, had set a track record in the semis, while Jimmy Lollie himself had had a slight injury setback going into the event.

Cahill gave him a race at Hove, which he won, between the semis and final at Nottingham. He felt he needed the run to bring back the sparkle – it did. Jimmy Lollie defended his National Sprint title and then headed for Hove for his record attempt.

Ultimately Brian Clemenson’s local star Sleeping Urban spoiled the party at his home track in the Coral Jimmy Lollie Challenge, but only just – and the great dog went on to win races over the next two seasons.

He was still winning deep into his fifth year with his final start coming at the Sussex track on 7 June, 2012. Retired and homed in south-east London with part-owner Steve Gamblin, Jimmy Lollie died on from lymphoma April 5, 2017, aged nine. 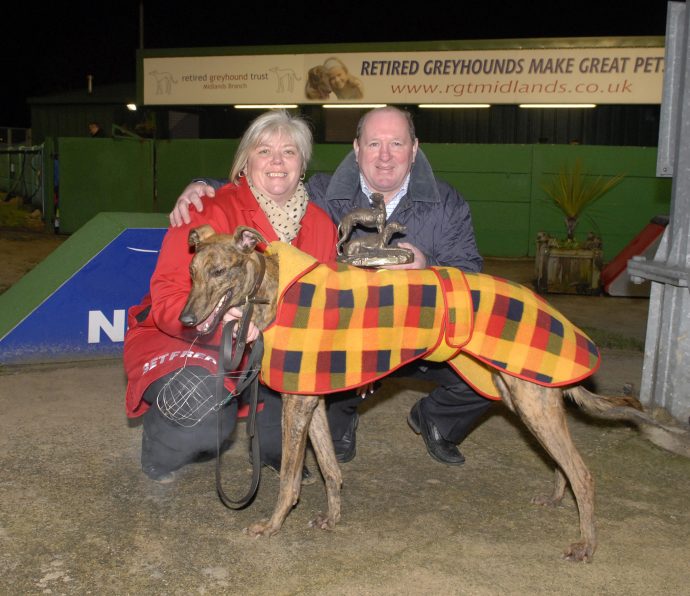