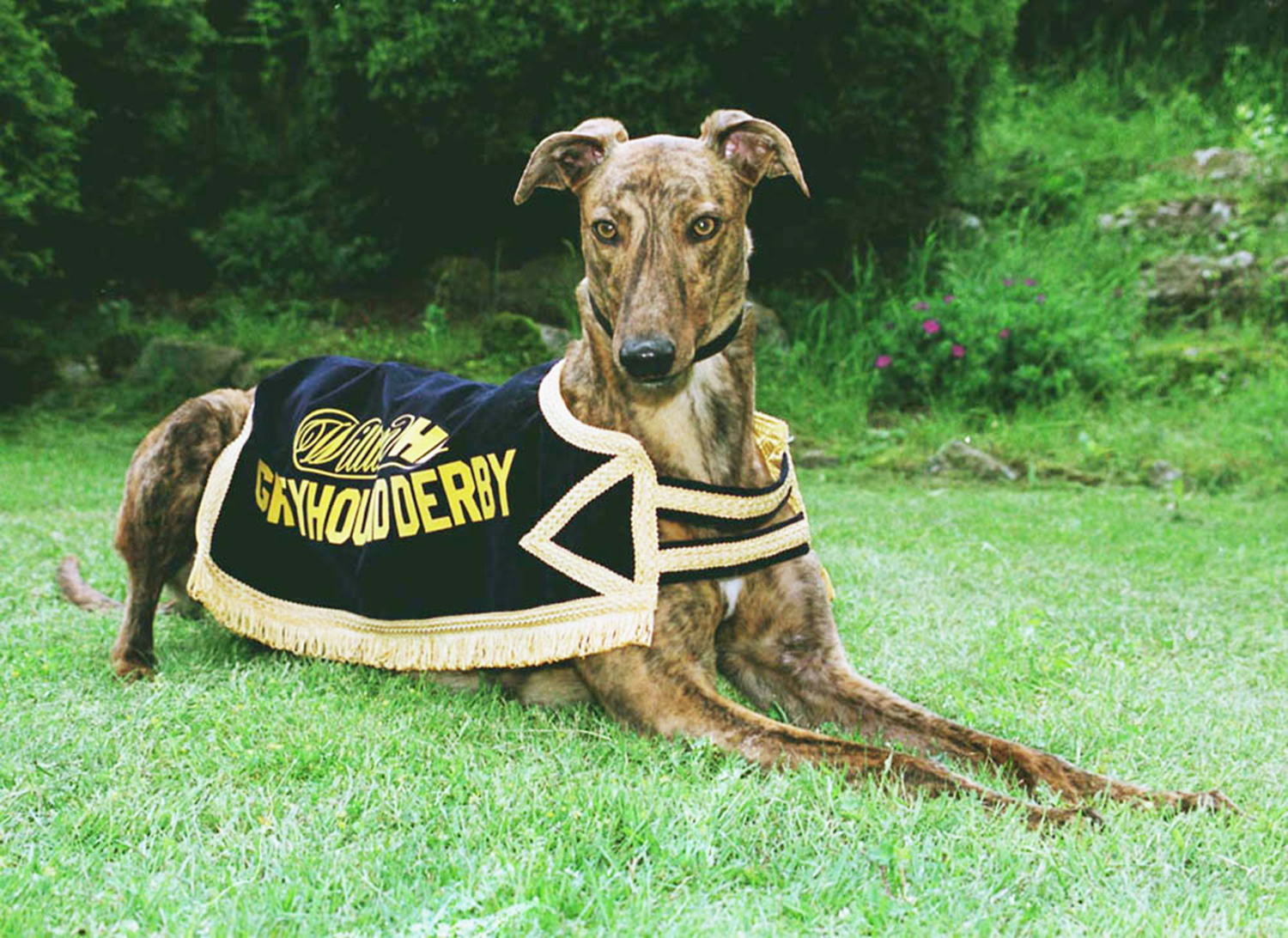 It is said that they never come back, but Rapid Ranger clearly did not hear as he became only the third greyhound in history to retain the English Derby title and even returned for one more tilt the following year.

The Rapid Ranger story started in unglamourous circumstances with defeat in two graded races at Stainforth for then trainer Mike Pomfrett, but he gradually improved and scored a first open win at Nottingham en route to the Puppy Classic final there.

He then made giant strides in the autumn of 1999 to become one of greyhound racing’s hottest properties and Ray White stepped in to purchase him after a brilliant Sheffield win, sending him to Charlie Lister.

Invited to run in the Juvenile Championship at Wimbledon the following January, he ran perfectly well in second behind Knockanroe Rover without really hinting at the love affair with Plough Lane which was to follow.

His first major competition of the year was the Scottish Derby where he made it through to final and finished third to Knockeevan Star, then it was back to Wimbledon for the Derby in which he survived a 1-6 second round defeat to ultimately take the title impressively by three and a half lengths from Rackethall Jet.

That form was reversed when the pair met again in the Select Stakes at Nottingham before Rapid Ranger gallantly failed to emulate Toms The Best in completing an English/Irish Derby double as he was beaten three lengths into second by Judicial Pride in the Irish final.

It was nearly seven months before Lister raced the dog again and he made an encouraging comeback when second to Droopys Vieri at Hove, while that dog was again his nemesis when he went out of the Scottish Derby at the second round stage.

Rapid Ranger’s second English Derby campaign got off to a jittery start when he was beaten at 2-7 in the first round and he was also turned over at 1-4 in the quarters. But he safely made it through to the final and it was basically race over from the traps as he flew the boxes and was always in control, beating Sonic Flight by over three lengths – following the legendary Mick The Miller and Patricias Hope as dual Derby winners.

Understandably retired after that, Lister and White had a change of heart prior to the 2002 Derby and the four and a half year old was brought back. He raised the roof with a first round win, but the curtain came down once and for all on his career when trouble saw him knocked out two rounds later.