Tractors and Tweeting:  How Swindon’s Assistant Groundsman is Leading the Way on Social Media

Josh Sealey has attracted praise from the sport over recent weeks for his innovative use of social media on behalf of Swindon Greyhound Stadium. He can usually be found in a tractor at the track in his position as Assistant Groundsman but contributes to the account in his spare time. In our latest blog, Josh discusses how he has aimed to improve the information available to trainers and owners during lockdown and beyond.

“I was very much born into greyhound racing. My grandad used to train dogs and owns a schooling track in Bicester and my parents met at Reading Stadium. My dad has been a stadium groundsman for most of his career, starting at Reading before heading to Coventry and we now work together at Swindon. I also met my fiancé here – so racing is a huge part of my life.

Despite this, I didn’t originally pursue a career within the sport! I worked in ICT before deciding to get involved with the dogs full-time. My grandad was still at Coventry at the time and he taught me everything he knew about track preparation from his many years of experience and when Coventry closed its doors I moved, along with my Dad, to my current role at Swindon. 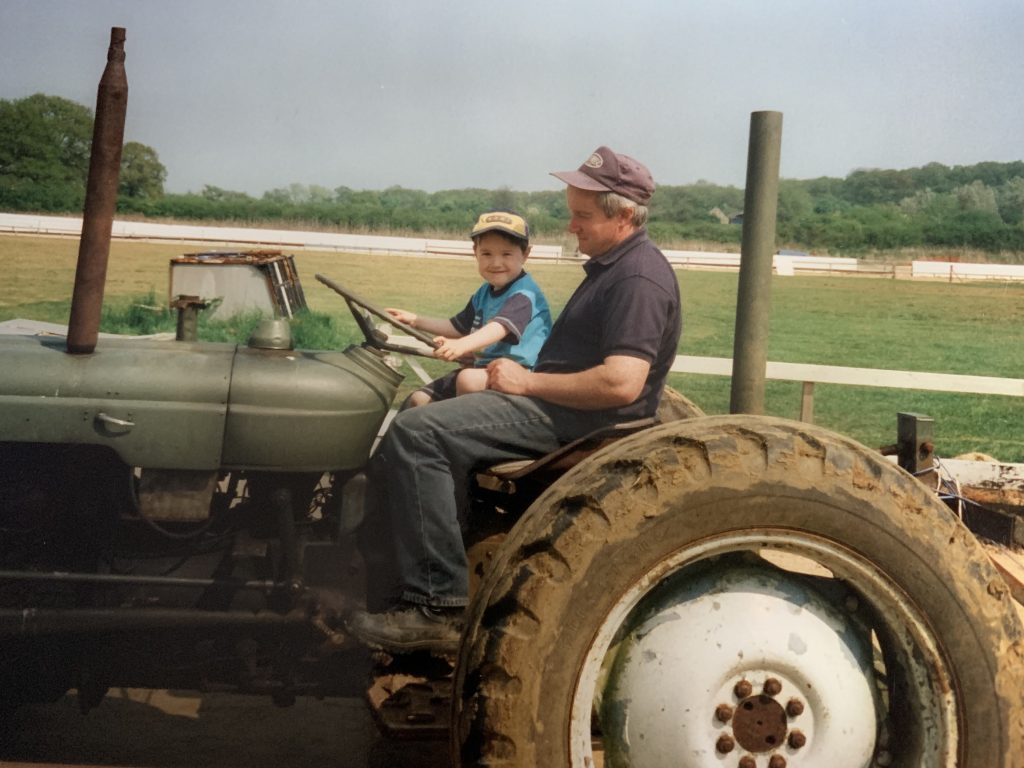 A few people know my name now from the social media posts I have been doing for the stadium recently. I started posting during lockdown to help keep in touch with our owners and trainers while they weren’t able to visit the track, and it has all grown from there.

This journey all started when I bought one of Steve Nash’s photos about five years ago of Offshore Cruise for my fiancé Sarah. As industry photographer, Steve travels around the country capturing the highlights of our sport, but he obviously can’t make every race meeting.

That’s why I thought it would be a good idea, since I am at the track anyway, to start taking photos of the racing when I can. I bought some gear and started giving it a go in my free-time around my day-job here. It was something I enjoyed and, as time went on, it seemed to me that the obvious next step would be putting them up on social media where they’d be available to everyone.

While I’m not up to Steve’s gold-standard, it is great to see owners and trainers appreciate the time you have put in to capture their greyhounds in flight. When someone owns an A9 dog, that greyhound still means as much to them as if were an open racer – they still feel the same pride in watching them race – so I think it’s hugely important that we, as a sport, try to showcase the careers of as many racers as we can.

As well as the racing photos, most of the information I’ve been sharing on the Twitter account so far are things that are already available to racing offices. Most tracks won’t have a photographer on hand, but you can do plenty with just a smartphone these days. It has been small steps getting our page up and running and we have focused on the basics, such as posting regular advance cards, weights, results and also recording trials which are all really worthwhile for owners, trainers and fans.

We have also been capturing little videos at kennelling, of dogs arriving at the track or parading with their handlers – just those everyday moments of them all happy and excited to go racing. It sounds a little cheesy but a picture really does speak a thousand words and this content shows the reality of our sport and how much our greyhounds love their careers. 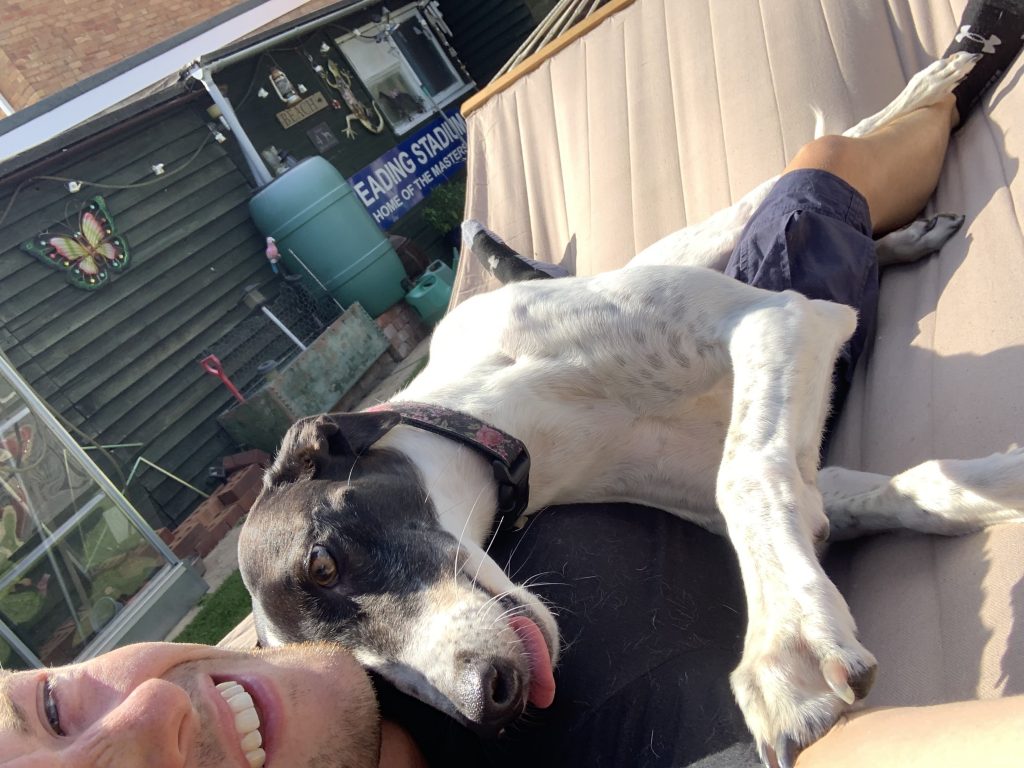 As well as showcasing the stars on the track, I have also been spending more time with the greyhounds as they leave their racing careers. I have been helping the Swindon Greyhound Trust with their photography and social media and I attend their monthly homing days whenever I can. This week it has been wonderful to see the rehoming story of Jet and Kallum hit the local press and I had the pleasure of taking the photos that accompanied this piece.

I have honestly been overwhelmed by the positive reaction I had to the video I uploaded of Swindon. It all came about because our BAGS cameraman at the track – Ollie Bray – bought a new camera during lockdown and wanted to play around with it.  He is a genius with a video camera and editing software and we saw there was an opportunity to try to capture the emotions of the greyhounds at the build-up and post-race at the pick-up. We also wanted to give a glimpse of the care the dogs receive at the track, like getting their feet bathed after racing and the bond they share with their handlers.

My favourite shot of the film is the final one of the greyhound in the six jacket with commentary by Ian Fortune – this our retiree Tia. Tia (This Girl Can) was disqualified in her first race a few years ago but now lives with my parents and their two cats.  She is often at the track and enjoys her weekly gallop to let off some energy. It just shows that, even as a pet, she still loves to run. The video has over 17k views so far on Twitter and I am truly amazed and humbled by the reaction to it.”

You can watch the video for Swindon Greyhound Stadium here. 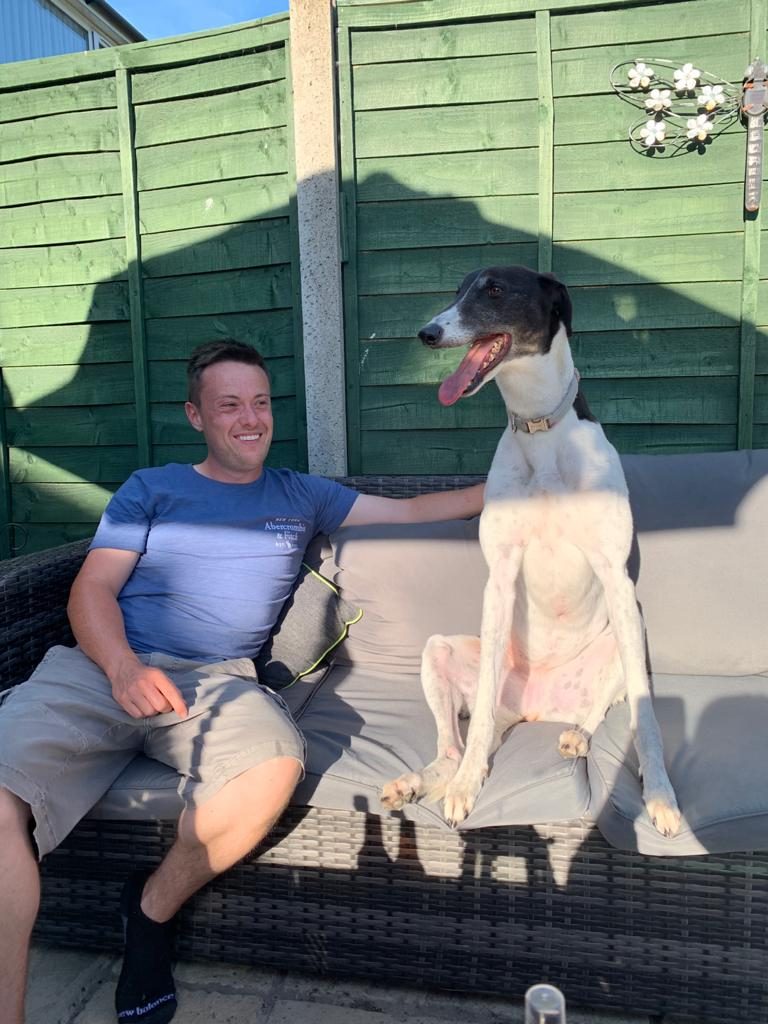